Too Many Chemicals, Not Enough Risk Insights – The Perennial Challenge for Scientists

There are now more than 100 million chemicals, and thousands of new ones are still being introduced each year. Surprisingly, though, the toxicity is known for less than 1% of chemicals, and many times it is not comprehensive enough.
Articles
Case Studies
Interviews/Podcasts
Blog
Press
Demos
October 4, 2021 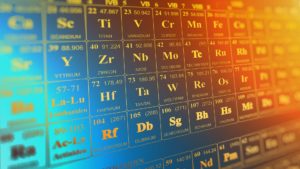 The best innovations address needs and result in changes. Sometimes change is an improvement – VHS to DVD or digital video – and sometimes it is a mandate, such as seat belts in millions of vehicles worldwide.

As chemists know, there are now more than 100 million chemicals, and thousands of new ones are still being introduced each year. Surprisingly, though, the toxicity is known for less than 1% of chemicals, and many times it is not comprehensive enough. Safety Data Sheets (SDS) of many chemicals are inaccurate or incomplete and need to be updated.

To compound this already massive problem, data reported by various suppliers or agencies about chemicals, even the experimental data, differs. There are several reasons why, partly because the properties’ measurements depend on many physical and environmental factors and complex chemical structural and functional differentiations, and because some measurements are very complex involving multi-faceted dependencies.

As a result, even though the data on these millions of chemicals may be available, albeit from hundreds of different sources in non-standard formats, collating, integrating and curating these multi-terabytes of data is the biggest challenge government agencies, manufacturers, and chemical database companies are facing. ViridisChem, according to CEO Neelam Vaidya, is one of the few companies that successfully has and continues to address this issue by utilizing AI/ML technologies and the use of in-house software tools to constantly identify, update and curate the data.

Because of the vast number of chemicals in use, government agencies are only able to study and publish the hazard information of the most commonly used chemicals, mostly when some incidents bring attention to those chemicals. In fact, the public may be stunned to learn that attention is not given to some of the most toxic chemicals and their uses.

To address these critical issues, federal government agencies like the U.S. Environmental Protection Agency (EPA), National Institutes of Health, and the Centers for Disease Control and Prevention are now turning to in-silico or predictive information of chemicals and are spending financial resources to encourage the scientific community to build predictive models and invest R&D in developing quality training and reference data.

ViridisChem has built one of the most comprehensive chemical toxicity databases that comprise experimental data reported by R&D departments of U.S. and international government agencies, regulatory and standards groups, academia, and some chemical manufacturers. The company also has filled data gaps using industry-standard prediction models made available by the U.S. and EU governments. In fact, according to Vaidya, it has successfully devised a way to run these prediction models to provide on-demand predictive toxicity analysis of novel molecules and proprietary chemicals.

As a result, ViridisChem’s Chemical Analyzer can offer a full toxicity profile of ANY chemical that is made up of 48 physical and toxicological properties and 56 different environment, health and safety endpoints. And it provides this information in an easy-to-understand graphical manner so that non-toxicologists like chemists and engineers can understand the information and apply it to make critical R&D decisions during product development. For example, to:

In short, this is a critical tool for companies interested in minimizing the toxicity footprint in their products and adopting sustainable and greener product development.

A lack of comprehensive chemical toxicity data and the ability to utilize them to classify toxic chemicals has been a major limiting factor for government agencies. Until recently, only the end-product toxicity was monitored. Indeed the toxicity and amount of chemical waste caused by toxic raw materials that were not part of the end product were ignored. Over the years, according to some observers, the EPA has been struggling to meet TSCA (Toxic Substances Control Act) deadlines for harmful chemicals, and to update the toxicity profiles of certain chemicals, while various states are setting up their own rules charging that the EPA’s 20-year-old profiles of chemicals like mercury are long overdue for review.

More recently, language in the National Defense Authorization Act for Fiscal Year 2020 (NDAA) added certain per- and polyfluoroalkyl substances (PFAS) to the list of chemicals covered by the Toxics Release Inventory (TRI) under Section 313 of the Emergency Planning and Community Right-to-Know Act (EPCRA) and provided a framework for additional PFAS to be added to TRI on an annual basis. These chemicals increasingly are called “forever chemicals” due to their seemingly interminable staying power.

Industry observers contend that it is possible that not only will the federal government demand new safety data sheets for new chemicals, some states also may do the same, and there are various proposed laws that may require labs to update existing safety data sheets material with newer information.

In the spirit of accepting change and trying something new – test drive ViridisChem’s Chemical Analyzer. The Chemical Analyzer helps scientists measure toxicity of chemicals and select the greenest, least toxic chemicals. The platform:

Change can offer a different way to do an old and sometimes repetitive task. Change can also make life in the lab a bit less hectic and safer too.

Learn more about the platform.

ViridisChem is a software company offering essential toxicity data and tools for companies to move towards sustainable product development.

We have the world’s most comprehensive toxicity database with over 90 million chemicals, and utilizing this data, our software tools provide toxicity analysis of chemicals, mixtures and formulations, and product development processes.

June 22, 2021
Do you need a tool that provides full toxicity analysis of every chemical? ViridisChem’s Chemical Analyser is powered by a…

June 18, 2021
Quick overview of ViridisChem’s Chemical Analyzer and its powerful key features.…
We use cookies on our website to give you the most relevant experience by remembering your preferences and repeat visits. By clicking “Accept”, you consent to the use of ALL the cookies.
Do not sell my personal information.
Cookie SettingsAccept
Manage consent

This website uses cookies to improve your experience while you navigate through the website. Out of these, the cookies that are categorized as necessary are stored on your browser as they are essential for the working of basic functionalities of the website. We also use third-party cookies that help us analyze and understand how you use this website. These cookies will be stored in your browser only with your consent. You also have the option to opt-out of these cookies. But opting out of some of these cookies may affect your browsing experience.
Necessary Always Enabled
Necessary cookies are absolutely essential for the website to function properly. These cookies ensure basic functionalities and security features of the website, anonymously.
Functional
Functional cookies help to perform certain functionalities like sharing the content of the website on social media platforms, collect feedbacks, and other third-party features.
Performance
Performance cookies are used to understand and analyze the key performance indexes of the website which helps in delivering a better user experience for the visitors.
Analytics
Analytical cookies are used to understand how visitors interact with the website. These cookies help provide information on metrics the number of visitors, bounce rate, traffic source, etc.
Advertisement
Advertisement cookies are used to provide visitors with relevant ads and marketing campaigns. These cookies track visitors across websites and collect information to provide customized ads.
Others
Other uncategorized cookies are those that are being analyzed and have not been classified into a category as yet.
SAVE & ACCEPT